Being a microcosm of the United States, Las Vegas is one of the most interesting cities that I have visited. Not only are there people here from all 50 states, but people come from all over the world as well – and you will meet the most unique characters in this city!

I arrived in Las Vegas in October 2009 – a long time ago, but I’m sure the energy of the city has not changed. Most people find themselves entering Vegas through the McCarran International Airport, which has digital slot machines posted everywhere the moment you depart the plane. That is one unique thing about Vegas; the thousands of digital slot machines playing poker, blackjack, and keno in McDonald’s, gas stations, and laundromats. It is normal out there. However, I digress. Most people typically find themselves swooping down on Vegas on domestic budget carriers, such as Southwest and Spirit, simply because they offer extremely cheap prices from all major cities. If you ask me, I think the city and the airline industry have an agreement to offer cheap prices because they are going to make all that money!

I actually arrived in Las Vegas on the Greyhound, which dropped me off on Main Street, not too far from the historic Fremont Street where all the casinos made famous in the 1960’s, such as Main Street Station & Binions, are located. My hotel wasn’t actually a hotel, but the Salvation Army on Owens Street that had $10/night beds in a dorm room setting where all the homeless people slept.

Yes, homelessness is a really big problem in Vegas – so much so that the homeless are encouraged to go to Los Angeles’ skidrow because there are too many of them here. The problem started because people bring every asset they have to Vegas and gamble it away thinking they are going to win millions – and end up losing everything. This happens everyday, and people cannot get back home because they are essentially ‘stuck’ in Vegas at the Salvation Army or Catholic Charities or the storm drain tunnels beneath the city and casinos “out of sight and out of mind.”

These homeless people also have no problem sleeping in the streets because the city is in the middle of the Mojave desert where the heat is dry, unlike the high humidity in eastern cities. The heat in Vegas does not suck the moisture out of you so it is tolerable.

I actually went to Las Vegas to find a job because I saw so many ‘gigs’ on Craigslist and I assumed they were in abundance – boy, I was wrong. Later, I found out that, around the time I went to Vegas, there was an economic downturn and people were losing their jobs left to right. Still, this did not take away from the people’s genuine hospitality.

I remember waiting for a bus when a car stopped in front of me and the driver asked if I needed a ride. I took it. I came to find out he was an army recruiter, who then gave me $20 for no reason. I was surprised. This is just one example of the many nice and hospitable gestures that occur in Vegas.

I remember sitting on a bus next to a guy who was bobbing and weaving like he was on drugs, asking me for my bottle of water, which I gave to him. I got off the bus with him to make sure he was ok. He then pulled out a wad of money he claimed to have won in the casino and offered me $20 as a thank you for my water and my concern.

I remember another time when a ‘pimp’ (I assumed he was a pimp based on the way he dressed, how he carried himself, and the way his female companion carried herself) asked me for a sip of my water and I gave it to him. There are many thirsty people in Vegas! This is something that would never happen in Chicago!

Speaking of prostitution, the infamous Bunny Ranch is in northern Nevada near Reno, and, although prostitution is illegal in Las Vegas, it is tolerated throughout the state. If you happen to see a woman in skimpy clothing get into a random car with a guy who then turns down an alleyway (something I have seen with my own eyes), do not be surprised. Moreover, just like there are newspaper stands in other cities, here there are ‘adult’ newspaper stands with pictures of sexy women in skimpy clothes and chiseled men with their shirts off. You can also find cards with similar photos and phone numbers passed out by guys on the Strip as well. I am not saying it is right or wrong, it’s just reality.

Although Vegas is an open and hospitable place, there is a wild (or dark) side to it. The Strip is the main attraction where all the major casinos, nightclubs, and bars are located. This is where you will see some of the weirdest, unique, and most beautiful things in the world, such as young guys parkouring off the Mirage’s lion statues, characters dressed like Pirates of the Caribbean near Treasure Island, and some of the most high-class and ‘sexiest’ people shopping at Fashion Show. Moreover, the $1 daiquiris found on the Strip and Fremont Street mean that drunk people are everywhere, which is why the city installed mini-gates between the street and the sidewalks so people do not wander out.

Because of this mixture of alcohol and freedom (there is a Las Vegas cannabis directory for example), people tend to take things to the extreme. Sometimes you will see them get into fights over the most minute of things, and you may hear borderline, uncomfortably racist phrases. Vegas attracts people from all over America who bring their hometown values to the city. Some of these people have never seen a white, black, Hispanic, Middle Eastern, or Asian person before in their life, and will react to them by projecting whatever stereotype is programmed in their minds.

However, if you can get past all of that, the strip blossoms like the most beautiful of flowers growing under the hot Nevada sun. Imagine the New York New York Hotel roller-coaster that goes underground and comes out a block later riding around the hotel and casino. Or the Bellagio dancing fountains where Ocean’s Eleven was filmed. What about the fabulous nightclubs charging thousands of dollars so you can party with Playboy Bunnies and Chippendales Dancers? And the high rollers staying in presidential suites larger than mansions, each equipped with its own chef and butler? All of this is possible in Vegas.

Now, this may sound good and dandy, but most would be surprised to know that the city outside of the Strip is really boring. Yes. People who have never been to Vegas are surprised when I say this, but people who live in Vegas know exactly what I am talking about. Nightclubs, buffets, amusement parks, live shows, parties, and every other form of entertainment are inside or near the casinos. Residential neighborhoods surrounding the Strip are relatively conservative, safe, and boring compared to the Strip and downtown areas.

I always give positive reviews about Las Vegas to everyone because I believe they should visit the city at least once in their lifetime. Even though I have been through some trials and tribulations in Vegas, I still had fun there. The city has a certain energy that draws you in and does one hell of a job delivering the “It’s Vegas Baby” lifestyle to the millions of visitors. 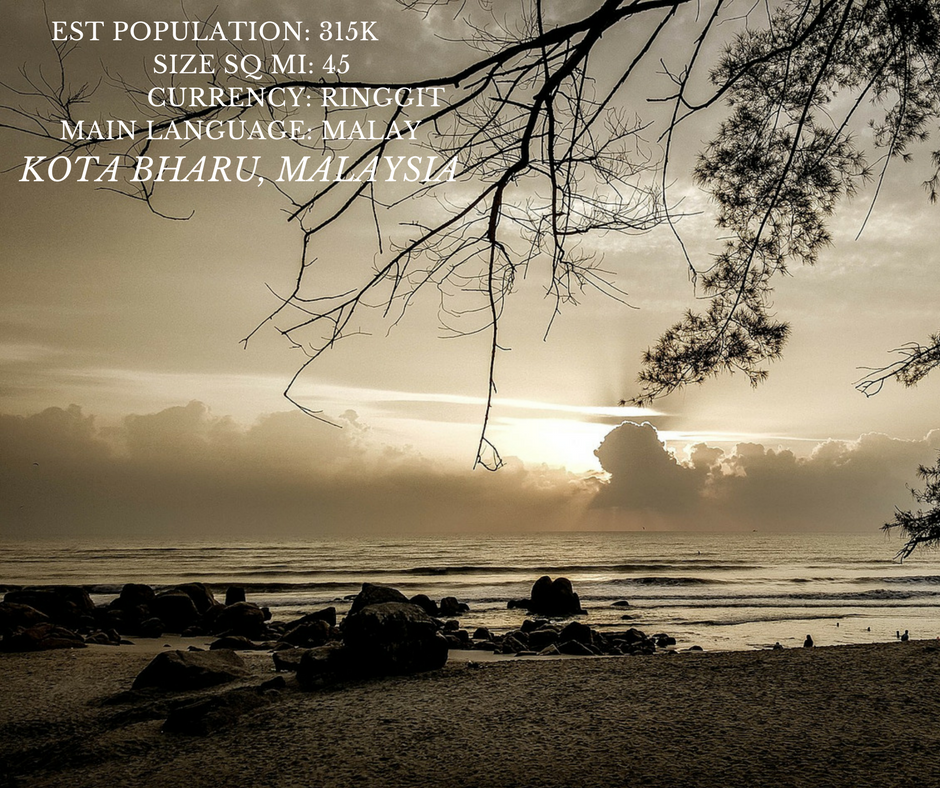 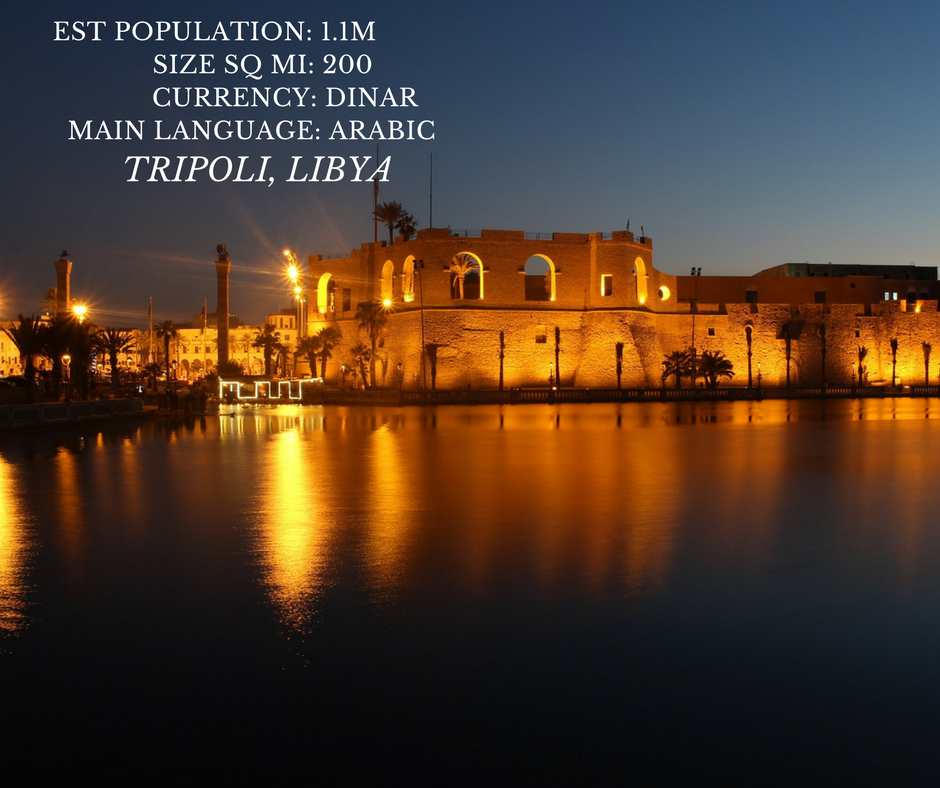