In mid-April 2017, I arrived back in Kampot, Southern Cambodia. I’d worked in Kampot at the beginning of that January for a backpacker hostel chain called Mad Monkeys, where my job involved working at the bar, organising and leading a variety of tours, and generally playing host. After five weeks, I was sent to work at their hostel on the island of Koh Rong Samloem, where I once again tended the bar and led daily fishing trips. After three weeks of what can only be described as paradise, I left to work at a teaching camp in Thailand, followed by a friend’s bachelor party in Phuket and wedding in Malaysia. I then flew back to Thailand and caught a series of buses back to Kampot.

I decided Kampot would be the perfect place to try my hand at freelance writing and make a bit of money to travel to Vietnam. Plus it was quickly approaching Khmer New Year, so I figured I’d celebrate it with the friends I’d made on my last stint there. I checked into my thatch bungalow and headed across the road to Mad Monkeys. After catching up with a number of my mates, I bumped into Luke, a charismatic English tour guide for a company called Tru Travels that operates tours throughout South East Asia. Luke was in charge of the Cambodian tours, on which he’d take groups to the country’s most popular spots while staying at Mad Monkey hostels along the way. He’d come through roughly every fortnight, so I got to know him while I worked for the hostel.

“Things are good mate, but I’m having some real staffing issues at the moment,” he replied when I asked how things were going. By staffing issues, he was referring to a guy he’d employed who had taken the tour budget and lost it all at a casino in Sihanoukville. He then scarpered and left the people in his tour group to fend for themselves.  Luke’s eye’s then grew comically wide as if he were having a revelation.

“You!” he said as he pointed at me, “You! What are YOU doing right now?!” He animatedly cut me off as I began my reply, “-mate, you can do that while you’re leading the tour,” he said, “AND I’ll pay you!”

I decided it was a pretty good opportunity, plus I’d only be helping him out for two consecutive tours while his Dad was visiting – after which I’d leave for Vietnam. We hashed out a few details and then shook on it, with me agreeing to be in the capital, Phnom Penh, a few days later. I wouldn’t get any writing done for the next three weeks

I caught a bus to Phnom Penh just after Khmer New Year to meet Luke. Usually, I’d be required to pick up a number of people from the airport and get them settled in the Mad Monkeys in Phnom Penh. But in this case, it was only a medical student named Karoline, who with her blonde hair, alabaster skin, and propensity to pronounce ‘j’ as ‘y’, is the most Swedish person I’ve ever met. The rest of my group were already on another Tru Travels tour in Thailand and would cross the border the following day to meet us in Sihanoukville. We’d all then stay there before heading to Koh Rong Samleom, Kampot, Phnom Penh, and finally, Siem Reap, spending 2 nights in each place.

After getting to know Karoline over dinner, a private car collected us the following morning and we set off on a four hour drive south to Sihanoukville. As I went everywhere via cheap, cramped, unpunctual buses, travelling by car made for a luxurious change. The tour required us to travel everywhere by car and it was one of my jobs to organise each one as well as the boats to and from the island, arranging the transport and activities for each place, and organising most meals.

We arrived in Sihanoukville that afternoon and checked into the Beach Road hotel, the only non-Mad Monkey accommodation we’d stay in. We grabbed a bit to eat and waited for our tour mates, who arrived an hour or so later. The rest of our group was comprised of Alice, a tall, slender brunette; Cat, a smaller, bespectacled, mousy haired brunette, and Alex, who was tall, well-built and of Chinese descent. All of whom were English. We spent the rest of the day getting to know each other by the pool, before heading down to the beach that evening. The next day we went on a cruise organised by one of the beach bars.

On the third day, we caught a ferry to Koh Rong Samleom. We all spent the first day chilling on the hammocks and pontoons, which are set up in the shallow water, wading distance from the shore. That night we partied with the other guests before I took them to swim with the luminous plankton that resides in the water surrounding the island. The following morning, I took them on a fishing and snorkelling tour, during which we cooked and ate the fish we caught right there on the boat. Well fed, we hung out for the rest of the afternoon before watching a fire show that night.

If you want to swing over the Thailand, there is another island near Koh Rong Samloam. Here’s how to get to Koh Chang.

Leaving Koh Rong Samleom on the fifth day, I organised for a taxi to collect us from the pier in Sihanoukville and take us to Kampot. There, we went on a river cruise, ate huge ribs at a renowned restaurant called the Rusty Keyhole, and spent the morning at an increasingly famous hostel called Arcadia. Arcadia has become a key attraction for backpackers due to the water park that’s constructed out from the side of their hostel onto the river beside it. This includes a huge water slide, diving boards, rope swings, and a huge inflatable cushion known as ‘the blob’ on which a person sits on one end and is launched into the water by someone jumping onto the other end. The hostel has become so popular that it’s usually full, but you can pay $5 for a day pass with which you can use the park.

After our two nights in Kampot, we took a five hour drive to Phnom Penh, half of which was spent in traffic when we reached the city. We cooled off in Mad Monkey’s pool before I encouraged the group to explore and shop by themselves. Later that evening I took them all to the container market: a bohemian collection of shops, bars, and food stalls created from old shipping containers. The following day, we made our way to the heart-wrenching Killing Fields and S21. Despite this being my seventh trip to Cambodia in the last four years, I’d not spent much time in Phnom Penh and as a result had never been to the Killing Fields. We didn’t talk to each other for the next few hours, as we immersed ourselves in the audio guide that described the atrocities that occurred there and across Cambodia under the Khmer Rouge. We were equally affected by S21, the school-turned-prison in which the Khmer people were imprisoned, tortured, and, murdered.

That night, we ventured to a restaurant called ‘Dine in the Dark,’ unique for the fact that you sit in complete darkness while served by blind waiters. As you can’t see your food, you’re forced to guess what you’re eating, before it’s revealed to you while you settle the bill. The restaurant even has the foresight to take everyone’s phones and lock them in a box before they seat you. We had great fun messing around and taunting each other as we tried to locate the food on our plate. I went to bed that evening with a huge smile on my face, having enjoyed one of the most memorable meals of my life.

We left at 7am the next morning for Siem Reap, which at six hours marked the longest journey of our tour. Siem Reap also happened to be the hottest place on our tour, so we made for the pool as soon as we arrived. In the evening, we strolled around the night market where we grabbed a meal before getting an early night. We’d be leaving for the most famous temple in Cambodia, Ankhor Wat, at 4am the next morning.

If you want to get the most of your visit to one of the Seven Wonders of the World, you need to catch the sunrise. And to catch the sunrise, you need to beat the busloads of, mostly Chinese, tourists. We arrived at around 4:30am, in time to grab a coffee and take our place at the front of the queue. There’s an incredible five minute window as the ticket booths are preparing to open when hundreds of people suddenly appear out of nowhere. There’s no-one behind you one minute and the next, a crowd has formed and every booth has a line stretching back towards the car park.

I bought our passes and we made our way into the complex, taking our position from where we’d view the sunrise. Once it had risen, we explored Ankhor Wat before heading to Bayon and Ta Phrom, which is famous for its appearance in the Tomb Raider movie. Finishing up around 10am, we headed back to the hostel to rest up for our last night.

We met up again at 4pm, as Luke had arranged for one of his frequent tuk-tuk drivers, Titi, to pick us up and take us to a rice paddy where we’d  be treated to a BBQ. Out in the beautiful open fields, we ate, drank, and reminisced over the highlights of last ten days. It was a beautiful ending to what had been a great tour.

Back in the city that night, we headed to Mad Monkeys for one last blow out before heading our separate ways. We drank in their upstairs bar, replete with sand on the floor to make it look like a beach, before joining everyone on an organised crawl of Pub Street, the city’s famous strip of bars and clubs.

The next morning, our close-knit little group disbanded and spread out in different directions: Alex flew back to England, Alice flew to Vietnam, Karoline caught a flight to Thailand, and Cat made her way to China where she’d join another tour. I, on the other hand, found myself in the familiar surroundings of a cramped bus, hungover and heading for Phnom Penh. Where I’d be picking up another group and doing it all over again. 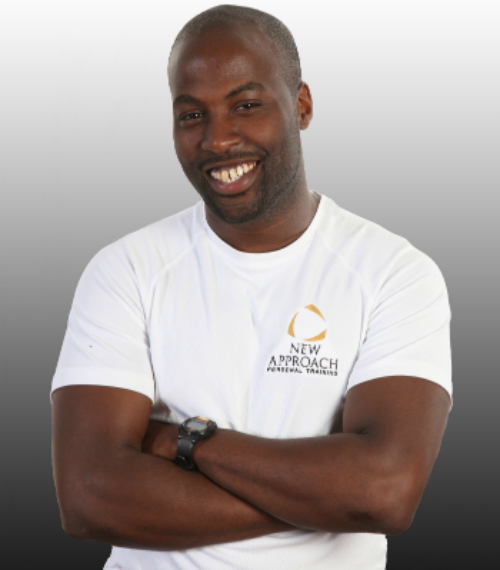 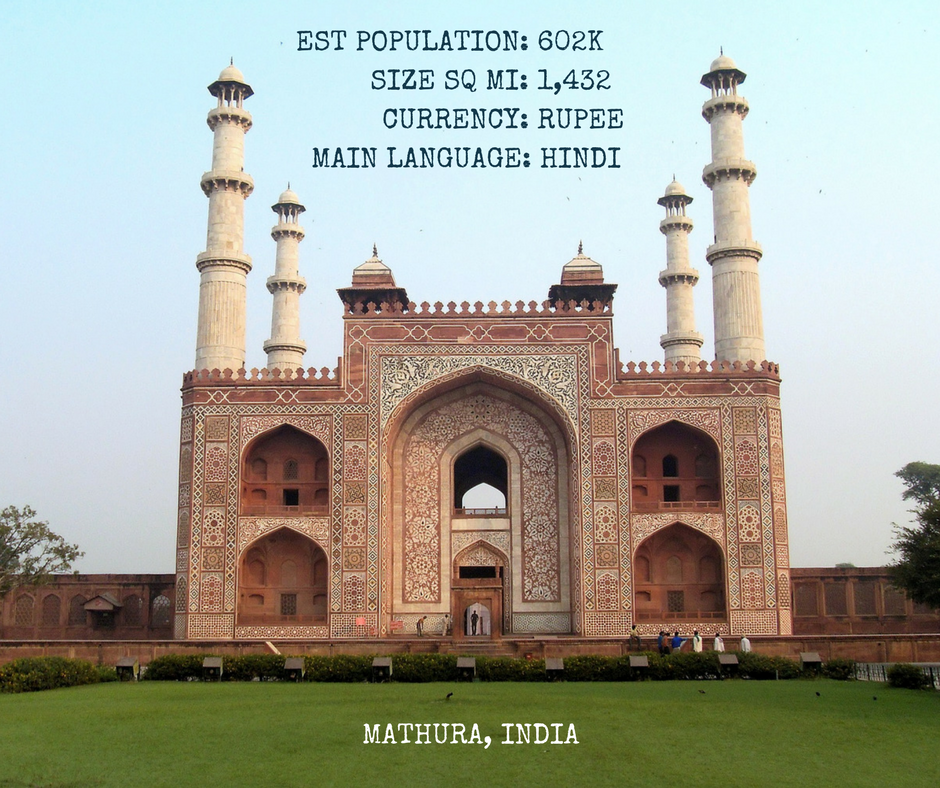 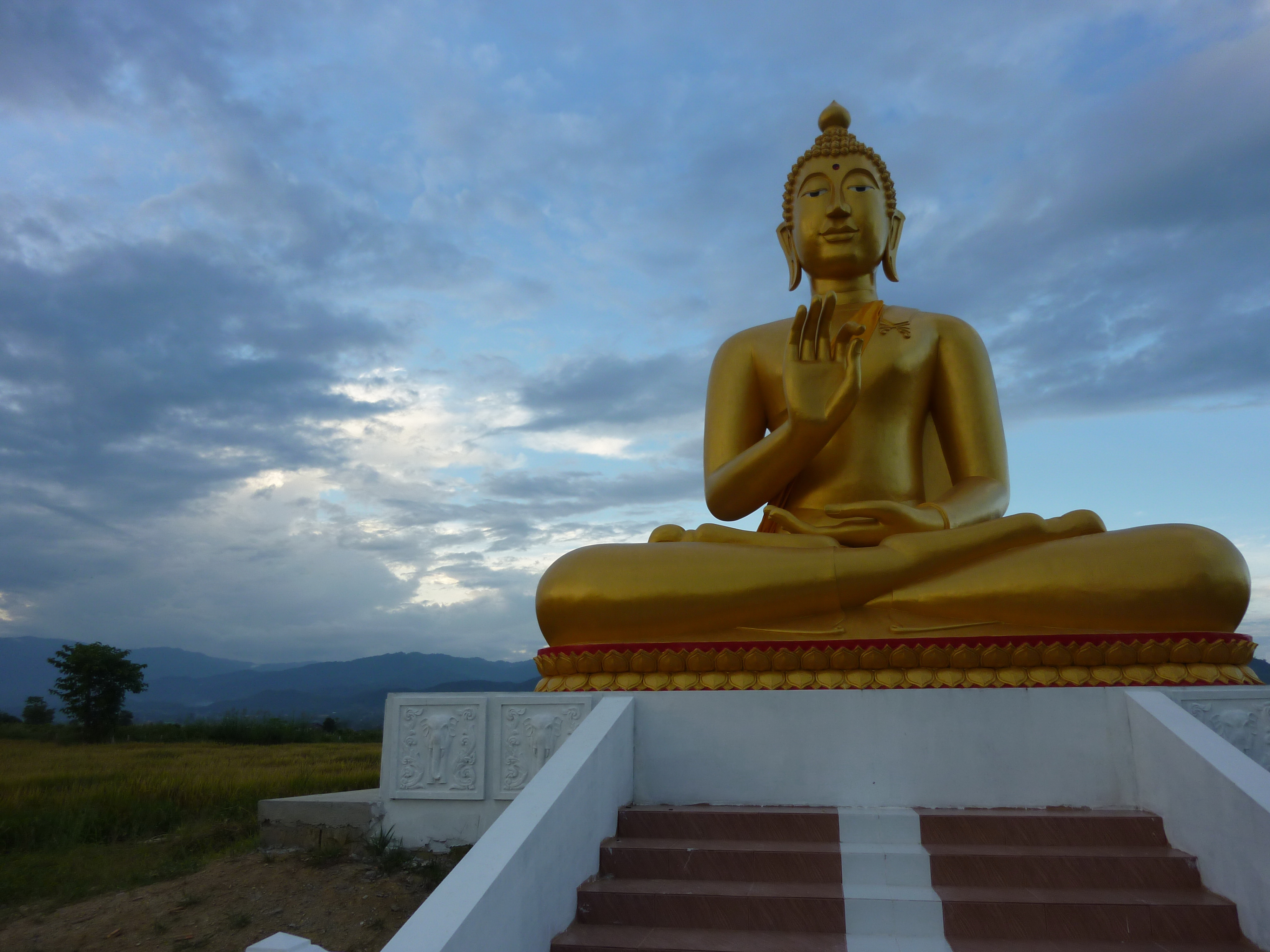