Lars the perennially drunken Norseman had a preposterous idea. Yet some ideas, as this one most certainly did, open like a door onto a world of wholly unexpected adventure and, well, just goodness. Plain goodness.

‘Why not get him to run in a race?’ The ‘race’ turned out to be the 10K event at the Khmer Empire Marathon, so that kinda worked out.

Khmer Empire Marathon: Andarge with some of the kids looked after by NACOPCA. We were all laughing because the kids had really no idea why I was asking them to fist-pump the air. This was the only usable shot! (Bad) PIC: JC 2017.

And that was it. Door open. Andarge[i]. 28 years old. A chef. From the remote Ethiopian province of…. No disrespect, but I can’t be bothered with the exposition; I want to get on to the story. Here’s a fact file:

Runs: because when he was a kid it was a bloody long way to school

So up was cooked the scheme. There was indeed a race on, six days later at Siem Reap, the absurdly grandly titled Khmer Empire Marathon. These events always include a range of distances, and we decided Andar needed to enter the 10,000 meter competition (he hadn’t really been training for months). This meant he had six days to prepare (not enough by a long chalk), while we had to start a fundraiser. From scratch. Ouch.

Charity Begins with a Home

Next question: who to support? That was easy. NACOPCA, the National Action Culture for the Orphan Poor Children Association. Quite a mouthful. It’s in Phnom Penh right behind the French embassy, in an area of derelict, spray-painted concrete tumbledowns that house (if a house without walls can be said to do so) perhaps dozens of families.

Yet dealing with orphanages in Phnom Penh is not a simple matter. Many are money-grubbing scams, full of children rented for a pittance from rural provinces in Cambodia, and brought to the capital to act as window dressing for so-called ‘orphanages’ that are little more than crosses between cash cows and slave houses.

NACOPCA is different. I can say that with confidence because it has been vetted. ‘By some reputable government organization, perhaps?’ you ask. No. NACOPCA has been vetted by the Rebels Motorcycle Club. An imprimatur in which you can have genuine confidence.

The Rebels, or the Rebels M.C., to give them their proper title, are Australian Harley-Davidson enthusiasts with a penchant for things large: drinks, women, beards. They’re a gruff lot, alright, but they’re also possessed of a public service ethos. The chapter centered in Phnom Penh do what they can (a significant amount over the years, it turns out) for NACOPCA.

The Rebels settled on NACOPCA after a vetting process that was nothing if not thorough. The member tasked with the job of finding a reputable orphanage told me he vetted between five and ten orphanages. And when your Rebel confederates ask you to complete a task, you don’t skimp on the details. Mark (let’s call him that) checked all their books, inspected the accommodation, food, and welfare of the children, spoke to everyone he could, hung around at meal times to make sure the kids were properly fed, and paid surprise visits in case it was all a put-on. The Rebels never hand over cash, preferring to provide necessities ranging from toothpaste to educational toys.

The PR was a gas. There were almost too many, rather than too few angles. Jo Curtin at the Phnom Penh Post picked the story up and did a beautiful piece, headed Capital’s Running Chef Eyes Angkor Success. At this point I didn’t even know what a good time was in the 10K, so when Andar told me he regularly ran quicker than 32 minutes, I nodded politely and mumbled ‘Wow, that sounds good’ (trying not to look too uncomprehending).

We did pix with the kids at the orphanage, and pix of Andar running at Phnom Penh’s Olympic Stadium, and pix of him in the kitchen.

At this point Bengal Tigress arrived. Her sparkly energy, sunshiny enthusiasm, and Cheshire Cat smile helped get things moving. BT and I worked together to shake down the punters in Sundance, double-teaming the seasoned drinkers with fast talk and a bag to put the cash in.

It was a total whirlwind, that week. We registered Andar; he paid his own fee ($50 Gold Level Sponsorship if anyone’s interested; you get your business pumped on FB etc.)

And my Buddha, was it ever good. Andar could barely sit still, or stand still, such was his excitement. About Angkor he knew only of its existence. That Sunday he would be running from the Wat itself out past Bayon and Angkor Thom, which must surely be the most gorgeous race route in the entire world. Dapple-shaded by the towering jungle trees, he’d be pounding his way across the ancient site, taking his own tour and under his own steam. What Andar knew, once he’d handed over his cash, was that he would be running. Racing. Fronting up to the competition.

I was so busy I didn’t get to see Andar running until the Khmer Empire Marathon itself. When I did, I saw what he was on about. He has a long, rangey, loping stride, so easeful it looks like he’s walking. A born runner.

Bus next. Sara and Berhanu, who run the restaurant in Phnom Penh at which Andar daily shows off his culinary skills, nailed us down to barely more than 24 hours. We’d bus up on the Saturday, go to the registration point for the Khmer Empire Marathon and get his bib and other kit, stay over at Tipsy Turtles on Street 26 in Siem Reap, and head out to the start line for 6 a.m. the next morning. Then Andar would hop back on a bus and return to Phnom Penh to do a full shift in the kitchen.

As it turned out, he’d be so stoked about the whole thing he’d have been up for three shifts back-to-back.

We rocked up, walking from the bus station to save cash. BT had recommended Tipsy Turtles and, while Andar unpacked his stuff in an air-conditioned double room, I slung my bag under a $4 dorm bed, (ew, my first since the 90s, but fortunately in this low season the room was empty).

Khmer Empire Marathon: The companionship of the long-distance runner – Andu before the start of the 10K. Everyone around was in top-happy mood, smiling and greeting each other. Shared goals, awe-inspiring environment, all good. PIC: JC 2017.

Not a single ray of crepuscular light was penetrating the night when Andar and I set off by tuk tuk to the start line. That line was smack in front of Angkor Wat itself. The linear-low profile of the enormous funerary temple just about loomed out of the half-dawn by the time we got there.

And it was good. Andar’s eyes wonder-widened as he took in his first view of the site. He just wanted to leap out of the tuk tuk and run through this jungle temple stone causeway moat strangling tree Buddha face environment. Any environment. He’d have run right across a municipal rubbish tip if that’s where he’d been.

The gun, the hundreds trotting past, the sheer ebullient enthusiasm of everyone smiling and saying a massive ‘Hi!’ to each other. Everyone was there to be fit, to test their mettle, and of course to raise money.

The 37-minute wait. The leader visible pumping his way through the South Gate of Angkor Thom and towards us. Then, a few runners later, Andar’s gold-colored shorts (he’d hilariously fussed over these when we were buying them the night before; we were looking for red, gold, green ones to match the flag of the Lion of Judah).

Still cantering, striding as if stretching his legs, Andar piled round the last corner and came in seventh, a remarkable feat for an out-of-condition anyone.

Best of all, he achieved exactly what he’d set out to do: run, of course, but also to meet runners. His peeps. As I clapped wildly, he was already back-slapping with the Cambodian Olympic runner who’d won the race, and swapping numbers with some of the early finishers.

Khmer Empire Marathon: Tricolor finish – Unable to find any red, gold, and green shorts, Andar made sure he was wearing his wrist band so he was sporting his national colors. PIC: JC 2017.

Job done then. Er, not quite: we’ve raised over 100 dollars, but the GoFundMe account is deadly bare. I’d thought our PR would give it a shot in the arm, but no[ii]. We’re a way off our (extravagantly ambitious) goal of $5000, but if we can raise enough to get the kids some beds (the 16 resident kids at NACOPCA currently sleep on mats on the floor) and some educational games, we’ll be happy. We’ll do the whole thing again in December at the half-marathon.

If any of you like a flutter and you can get odds, stick a C-note on Andu to win at Christmas.

[i] A word on names here. ‘Andarge’ is his proper given name. ‘Andar’ for short. He calls himself ‘Andu’, a pun in Amharic. ‘Andu’ means ‘the one’ (as in The Matrix, etc.!). You’d think this self-aggrandizing except that Andar is one of the shyest and most modest guys I’ve ever met. When it comes to running, though, he’s pretty matter-of-fact. ‘I’m coming back in December and I’m going to win.’ December’s Angkor Wat International Half Marathon is in December, and yes, he’ll probably win it.

[ii] Erika (as in ErikawithaK) is thus far the only donor. Thanks sister! 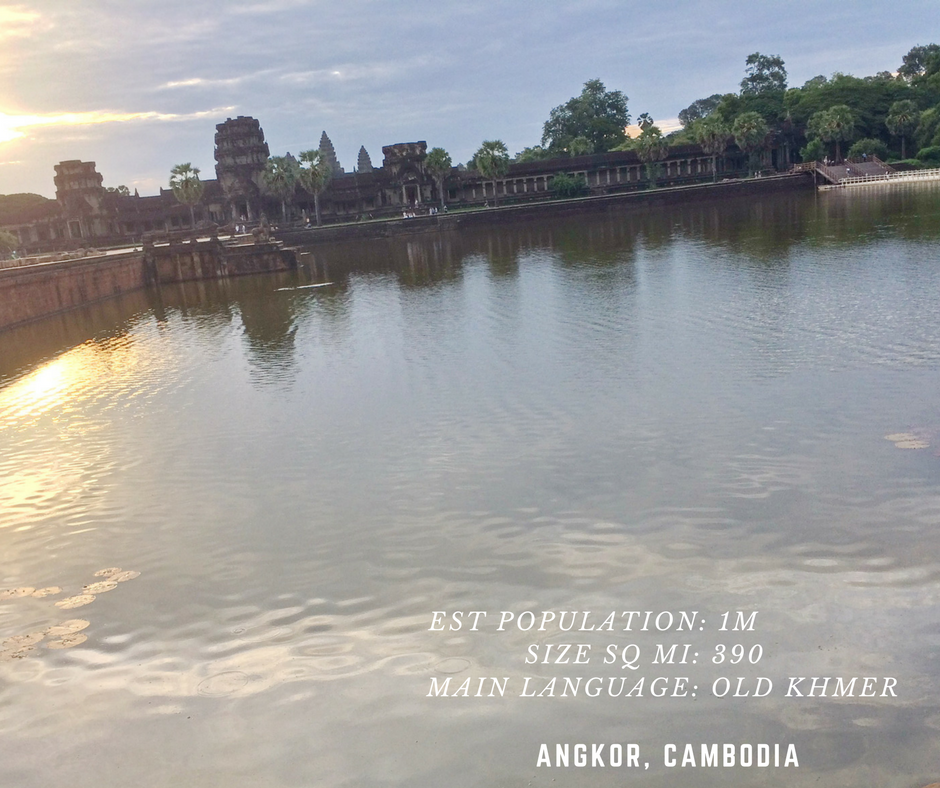 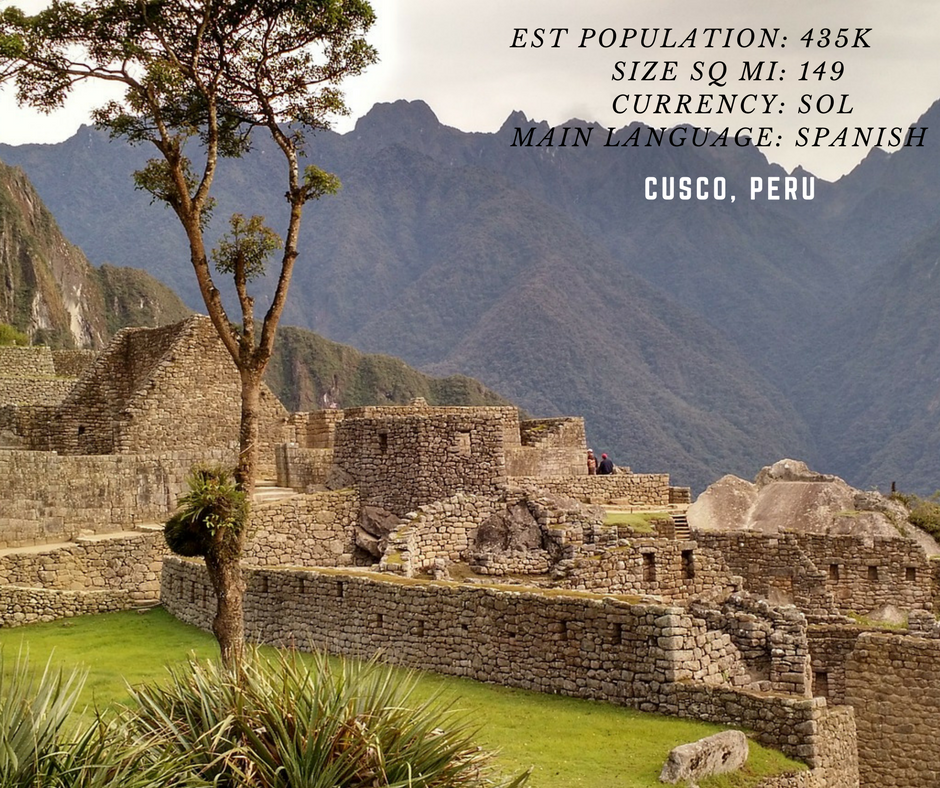