Oxford, England: The Crisps Go in the Boot

Oxford, England: The Crisps Go in the Boot

Try to imagine the idyllic English setting – you are sitting in the well-tended rose garden of a thatched roof cottage sipping a cup of tea. That is what I found living in the county of Oxfordshire, England. Oxfordshire is located in the Southeastern part of the United Kingdom and is home to one of the most hallowed institutions of higher learning in the world – Oxford University. The surrounding countryside is also teeming with impressive historical sights. The 1564 birthplace of William Shakespeare is in nearby Stratford-Upon-Avon. The ancient ruins of Stonehenge are just down the road – and I found that it still hold on to its secrets, even after 5000 years. I soon discovered that there was no shortage of things to do in this quiet farming community in the heart of England.

I was always fascinated by British culture and was beyond excited that I was going to spend a couple of years living in England at Royal Air Force (RAF) Base Upper Heyford as an accountant. As soon as we landed, I was taken by how quaint and small that the UK felt. We left the airport on a bus that seemed too big for the lilliputian British roads and tiny cars that came flitting by. The base sits near the village of Lower Heyford, on the banks of the River Cherwell, a major tributary of the River Thames.

Since the base just happened to be renovating the dormitories, I was able to live on the local economy. The cost of living in England is pretty high, so a workmate of mine and I decided to share a house and living expenses. We were lucky enough to find a really cute bungalow in the town of Didcot, just outside Oxford. It was a lengthy commute of about 45 minutes each way down the A34, but we found the ride enjoyable with great views of the English countryside and relaxing drives through small villages.

Living in England was such a joy, and I have very fond memories of the friends I made and the charming places I visited. Whether you travel by car or by train, you will be met with a friendly greeting and lose yourself in the history and culture that is Great Britain.

The great thing about small British villages like Didcot is there is not a Walmart or Safeway in sight (that means there are plenty of B&Bs here too,  Enjoy Bed and Breakfast can help you find a great one). Instead, we found several small specialty shops that hearken back to simpler times. If we needed fruit and veggies, we would just walk down to the greengrocer on High Street. Next door, there was the butcher for our meat purchases and a corner bakery with fresh bread displayed in the front window. I know that it sounds like an old 1950’s movie, but the British culture is steeped in tradition and for the most part, keeping traditions alive are crucial to most of the people of England.

Please Put the Bag of Crisps in My Boot

I was so glad that I would not have to learn a new language living in England – or would I? There are a few British words that I had to figure out as I went. I had heard about fish and chips, so I knew that chips were french fries, but I did not know that potato chips were called “crisps.” The boot of your car is actually the trunk, and the hood is called the bonnet. If you cut your finger, you would cover it was a “plaster,” and if you wanted a vacation, you went on “holiday.” If you have to “go,” ask someone for the “loo;” and don’t forget to say “ta” as a thank you.

I found the differences quaint, but soon I was able to get all the way through a BBC news broadcast with a fair understanding. I won’t even get into the cockney rhyming slang of London. Even most Brits I talked to didn’t really know what they were saying.

So What Is a Public House?

One of my favorite British traditions was visiting the local pub or Public House for a pint. Pubs date back to 1st-century Roman times where establishments on the Roman roads would supply refreshments for travelers. Eventually, alehouses would be set up in public dwellings or houses. Pubs soon evolved into meeting houses for the locals to socialize and gossip, and became the focal point of the community.

A few times a week, we all would go down to the “Three Horseshoes” for a pint and some lunch. Pub names also have an interesting history. Many of the pubs are hundreds of years old and were founded back when many of the patrons were illiterate. So pictorial pub signs were created to make them easy to spot. Pub names have many origins. Some were the coats of arms of kings or local landowners. Others came from historical events, livery companies, farm and hunting animals, or trades.

I picked up the love of darts while living in England and quickly learned not to challenge the locals to a game. By the time I tried to subtract my last score on the chalkboard, I had already lost the match. Darts in England are as popular as pool in local American bars. Regulars would even sit, enthralled in front of the “telly,” and watch hours of dart tournaments.

Getting Out and About

Getting around England by car is easy enough, but if you want to take a day trip to London, the best way is by train. British Rail (BR) is an efficient and cheap way to get around the country, and you will find a train station in just about every village in the country. Many of the stops are just platforms, but a quick walk or thumbing a ride will get you home in no time. Many people bring their bikes on the train and peddle home from their stop. The best way to see England is to get a BritRail – England Pass. You can get passes for three or four days, or even a month. You will get unlimited access to all of the country’s excellent rail service. You can see just about the entire country by riding the rails of BR. If you prefer the more luxurious route, you can also hire a chauffeur service.

Are you feeling like a weekend trip to Paris, you can do that too by taking a train from London to Paris, thanks to the Channel Tunnel or “Chunnel’” that opened in 1994.

Don’t Be a Muggle

If you are a fan of Harry Potter, don’t miss a visit to Oxford University. A walk around Christ Church College and you will feel as you have been there before. Many parts of its campus served as movie sets in several of the films. The Great Hall of Christ Church College is actually the setting for the Great Hall at Hogwarts. In fact, if you are really a fan, there are organized tours that will take you on the “Harry Potter trail” across London and Oxfordshire.

Oxford is also the setting of another classic piece of literature, Alice in Wonderland. Alice was actually a real girl. She was the daughter of the Dean of Christ Church, the largest college of Oxford University. A certain math professor at Oxford would tell Alice fantastic stories of a girl who had fallen down a rabbit hole and was now having a grand adventure in a wonderful land. Alice asked him to write the story down and it was eventually published in 1865 under his pen name, Lewis Carroll. There is also a specialized tour at Oxford that walks you through some of the places that you will find described in the book. There really is a rabbit hole.

Living in England was such a joy, and I have very fond memories of the friends I made and the charming places I visited. Whether you travel by car or by train, you will be met with a friendly greeting and lose yourself in the history and culture that is Great Britain.

For more, also check out Living In Tokyo. 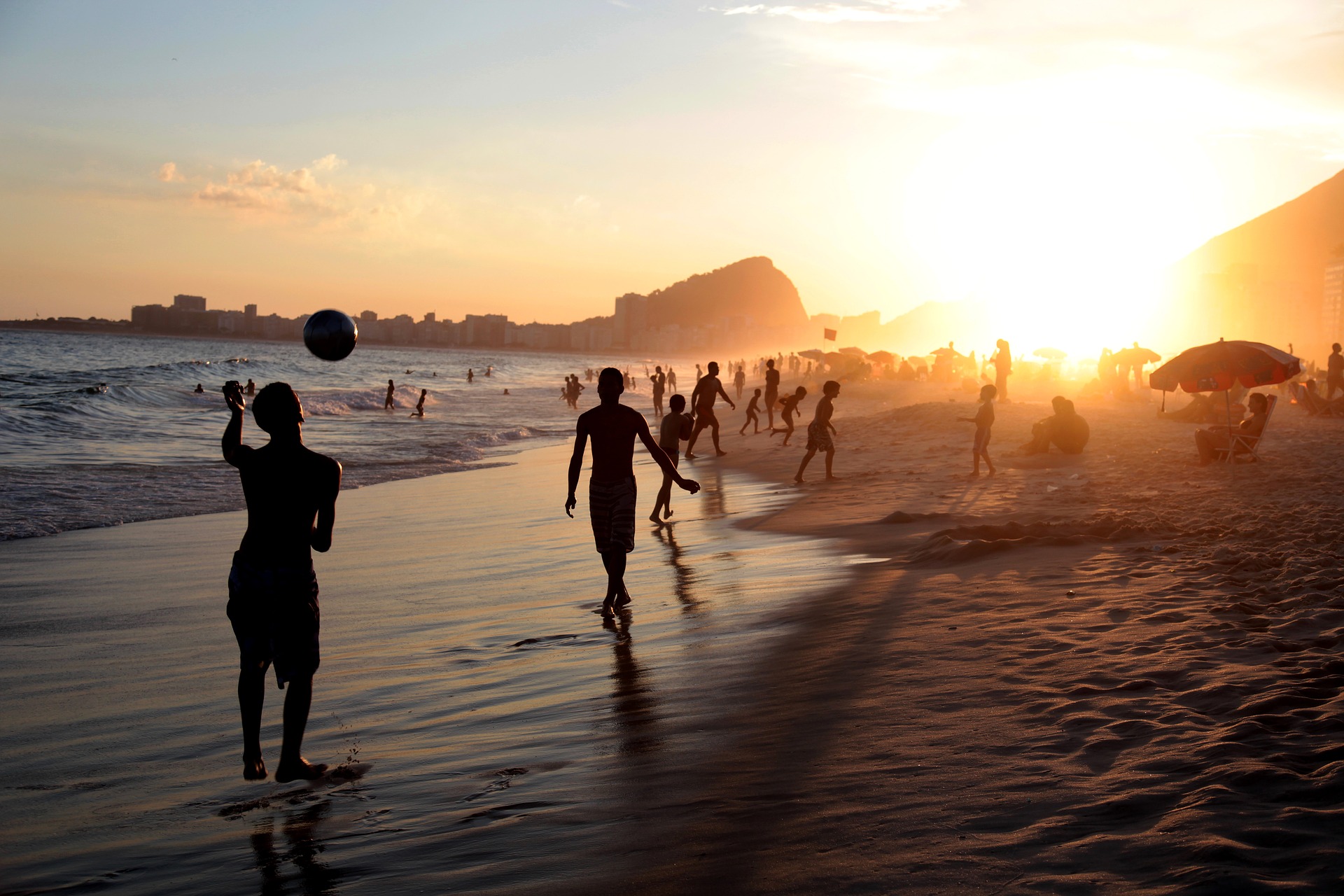 Brazil: From Samba to the Amazon