Travel 20 minutes off the northern coast of Michigan’s lower peninsula and 200 years back in time to Mackinac Island, one of Michigan’s most popular summer destinations. I have a personal connection to the island that dates back to the first time I visited it when I was a kid. The drive up north seemed like it took forever, as I entertained myself in the backseat of my grandma’s minivan with a few cassette tapes and a walkman (Three hours is a long time to an eight year old.)

When the van finally stopped, and I thought we had reached our destination, I was severely disappointed when I realized we had only finished the first leg of our trip. Since Mackinac Island is, well, an island, you can only get there by boat. We hopped on a ferry and took off on a 20 minute boat ride over to the island. The vacation I had there stuck in my mind like the island’s salt water taffy stuck in my teeth. I’m here to tell you that Mackinac Island is a hidden Michigan treasure.

I suggest visiting Mackinac Island if you are looking for an escape to another time and place. If 1800s, Victorian architecture and decor is your thing, there is plenty of it to be found on Mackinac Island.

I visit the island yearly with my mom and my grandma. We take our annual trip to Mackinac Island because to us, the island is akin to a painting. It’s a magical getaway that has been frozen in time. The happiness you experience when you’re on the island never goes away; it’s kept alive on the island by beating in the hearts of all those who roam around it.

One of the most unique things about Mackinac Island is its distinctive soundtrack. You step off the ferry and onto the dock and you hear it: the clip-clopping of horse feet, as they carry around wagons filled with tourists, or singular riders. The ringing of bike bells as bicycles zoom past you, eagerly on their way down the road. The joyous chorus of people laughing and celebrating each other as they eat at tables near the water, or in ice cream parlors and fudge shops. The air is filled with incredible summer sounds of delight.

Speaking of fudge, Mackinac Island is loaded with it. I’m probably as addicted to it now as I was the very first time I visited the island. Every other store is a fudge shop that makes the best fudge on the Island. People will claim that one shop is better than the other, but I swear, I’ve never been disappointed by a single slice of Mackinac Island fudge. My mom would always let me pick out my favorite flavor, and would get me a slice of my own to take home. (Of course, I would be lucky if it even made it through the ferry ride on the way back.)

The Grand Hotel is arguably one of the most famous places on Mackinac Island. Built in 1887, the Grand Hotel is a masterpiece that instantly grabs the attention of all those who pass by. Besides the fact that it’s enormous (the Grand Hotel rests on 9.9 acres of land), its architecture is absolutely stunning. Its front porch is viewable to all those who are arriving to the island by ferry as soon as the boat gets within the island’s vicinity. It’s gigantic columns dwarf all those who walk under them. The lobby’s 1800s decoration style and decor are reminiscent of when it was first built.

For those movie buffs out there, the 1980 movie “Somewhere in Time,” starring Jane Seymour and Christopher Reeve, was filmed at the Grand Hotel on Mackinac Island. Now, I’ve never seen the movie (I now plan to), and I’ve also never stayed at the Grand Hotel. I am a college student and I simply don’t have that kind of cash. However, I have walked around its grounds and I have walked through its lobby free of charge. The staff at the Grand Hotel has recently started charging visitors to get close to the hotel and walk in its lobby, which is something that my grandma simply wouldn’t stand for when she first found this out. Upon hearing this, we left the hotel’s grounds immediately and decided we would walk through a nearby park instead. We took a few twists and turns and unknowingly ended up on the Grand Hotel’s front lawn. I wanted to leave, but my grandma pulled my mom and I through the lobby and around the front porch. We walked right through a well-dressed wedding party that scoffed at my mom, grandma, and I in our shorts and sneakers. Someday I plan on staying at the hotel as an actual guest, but this whirlwind experience will have to do for now.

Those looking for something a little more adventurous on the island can find it by biking or hiking to Arch Rock, the island’s very own landmark. This structure was made by mother nature herself at the end of the glacial period. Arch Rock stands tall, and creates a perfect archway that allows visitors to look through it and into Lake Huron (one of Michigan’s five great lakes.) I’m embarrassed to say that in the 10-ish years I’ve been visiting Mackinac Island, I’ve never managed to make it over to Arch Rock. Maybe it’s because my mom, grandma, and I aren’t the biggest fan of nature, so we’ve just never made it a priority. Or maybe it’s because it’s a little off the beaten path. But, in any case, the next trip I make up to Mackinac Island will definitely involve me taking time to finally see this all-natural, picturesque landmark.

Then there are the typical tourist things to do on Mackinac Island that I’m not ashamed to admit I love doing. Taking a guided tour in a horse-drawn carriage just never gets old to me (If you’re squeamish, I suggest not sitting near the front of the carriage. With a lot of horses you’re going to get a lot of, what the natives call, “road apples.”). Eating dinner overlooking the harbor on the outdoor porch of the Pink Pony restaurant is delectable and enchanting. Checking out Fort Mackinac (which was founded in 1780) gives you an awesome glimpse into the past and allows you to check out an actual military outpost. One time, I even got to watch some “horse dancing.” A troop of Friesians from the state of Washington wore tuxedos and danced to “Putting on the Ritz” during Mackinac Island’s “Festival of the Horse.” You really never know what you’re going to see on Mackinac Island.

I suggest visiting Mackinac Island if you are looking for an escape to another time and place. If 1800s, Victorian architecture and decor is your thing, there is plenty of it to be found on Mackinac Island. Your sweet tooth will be satisfied by the island’s numerous fudge and ice cream shops. Horses and bikes will serve as your mode of transportation as you make your way around the island’s eight mile circumference. From candy apples, to “road apples,” Mackinac Island has got it all, and I have thoroughly enjoyed every single trip I have made to this magnificent island.

Also check out PJs other articles, Traveling In Key West, Growing Up In Goodrich, and Traveling in Stratford. 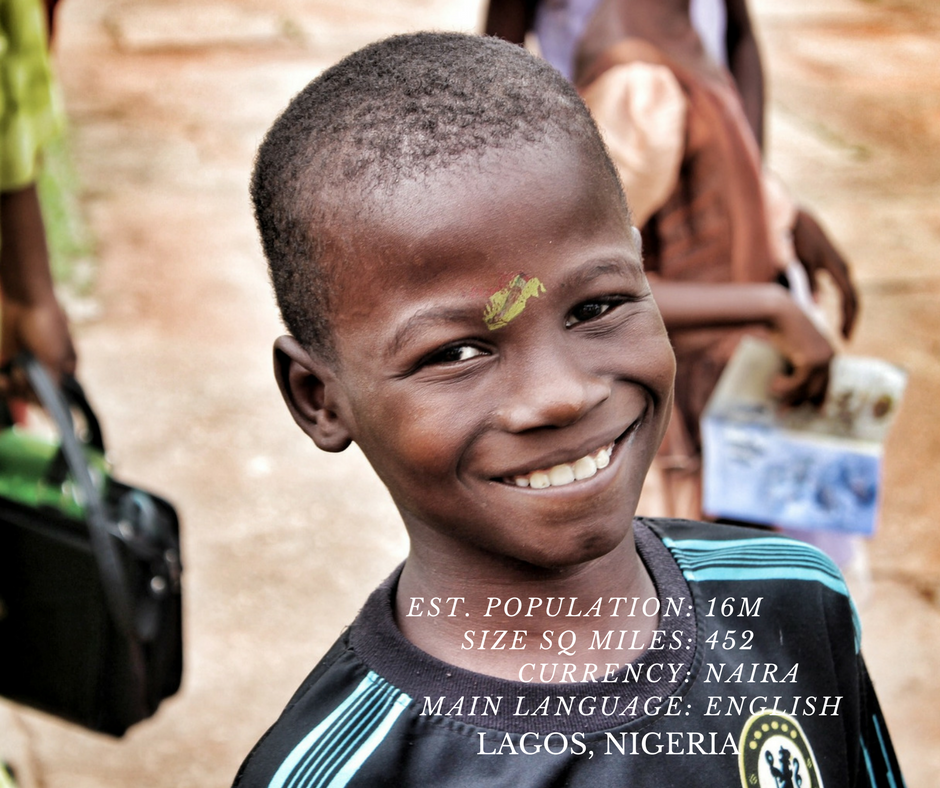 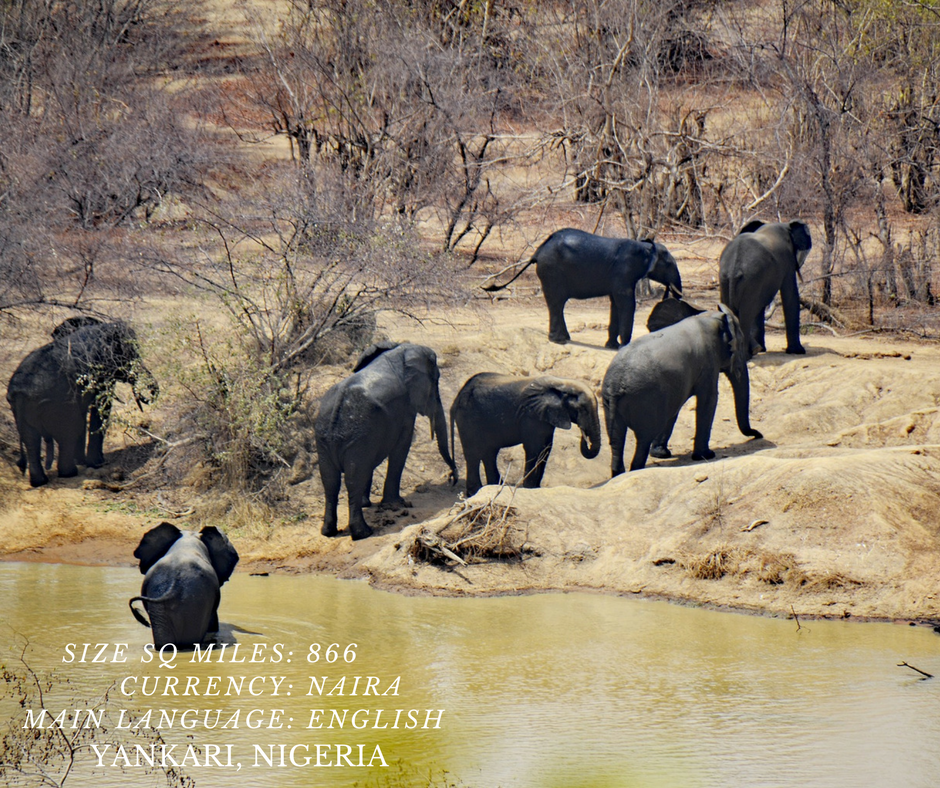